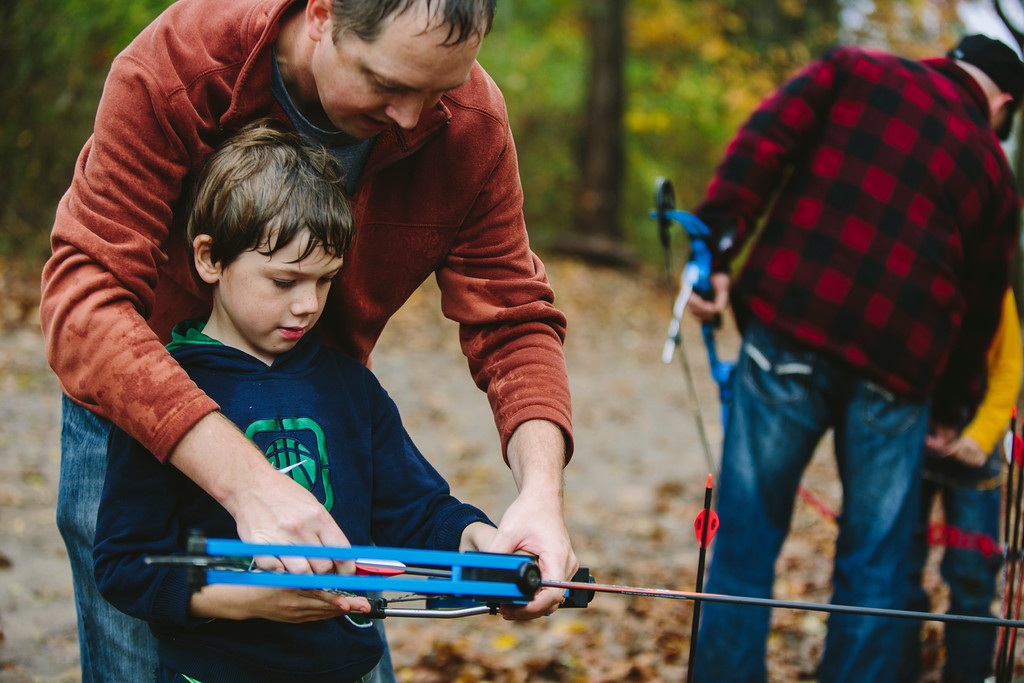 When I was young, my father and I went on a father/son campout with our church. I was probably 8 or 9 years old and to me, my father was the coolest person in the world. Yes, quite soon after that my father became the least cool person in the world while I was in junior high and high school, but you will be glad to know that he is once again top of my list now that I have children.

Looking back at that campout, I am amazed that I liked it. The camp we went to was in terrible shape, had very little to do, the food was terrible, and I’m sure we barely slept.

But it was amazing.

I remember cooking food (once again that tasted terrible) over a campfire in a tin can and roasting hot dogs and s’mores. I loved that my dad prepared something different (and semi-tasty) in the tin cans while everyone else was left with burnt potatoes and terrible beef. I remember playing games in the dark and thinking it was super fun to sleep in a sleeping bag (I mean…who doesn’t like sleeping in a sticky container that you can barely move in). I remember trying to climb a “cliff” with my friends while our dad’s watched. I”m sure in retrospect is was a 15 foot sleep hill, but it still felt cool.

But the thing I remember the most was waking up before everyone else with my dad. The fire had gone out from the night before and I was disappointed. I loved watching the fire. But then, my dad did something I will never forget. He said, “hey, you want to see something cool?” Of course I did. He then got down on one knee, gathered some dry leaves and stick, peeled back the ashes until there were a few barely glowing embers and began to blow gently. At first, nothing happened, but then the coals began to glow a little brighter, then the leaves began to smoke a little, and then in front of my wondering little eyes, we had a roaring morning campfire.

My dad was the coolest.

A few years ago I had the privilege of showing my son how to start a campfire from nothing. I’m not sure he had the same reaction that I did when I was young, but it was fun to pass something along.

This is the power of a parent/child retreat. I have noticed that my children mimic my actions more than they mimic what I say. At Miracle Camp’s father/son retreat and mother/daughter retreat, your children will be able to be with just you for an extended period of time (in much better food and housing conditions I might add). They will be able to watch and observe what you say and do, and I think you’ll find that they will have some memories that stick with them for the rest of their lives.

Around that same time in my life I started reading through my Bible regularly. You know why I did it? Because I saw my father reading his Bible at the kitchen table every single morning at 6:30am.

You never know the power of your little, every day actions.